I’ve been co-hosting a monthly Wellness link up on the second Wednesday of each month in 2019 with my blogger friend, Leslie, at Once Upon A Time & Happily Ever After blog. The optional prompt for July is Family health.

Since I’ve provided my Health updates in my June Wrap-Up post here, in this post, I’m sharing a walk that my family and I did together.

On Canada Day weekend, we started our celebrations with a home-made pancake breakfast, served with Canadian maple syrup and Ontario-grown fresh strawberries. It was yummy and gave us plenty of energy.

We went for a 5 km walk along the waterfront to see the tall ships that were participating in the Tall Ships Challenge Race Series 2019 and at the Redpath Waterfront festival. Below is the explanation of the series from the Tall Ships Ontario web site:

“The TALL SHIPS CHALLENGE® Great Lakes Series
is a race series organized by Tall Ships America that travels through the Great Lakes stopping in US and Canadian cities throughout the summer of 2019. The race involves (on average) 15 international tall ships that race from port to port and are timed. The launch port for the 2019 Great Lakes Series will be in Toronto at the Redpath Waterfront Festival on Canada Day weekend. The Canadian portion of the tour is referred to as TALL SHIPS CHALLENGE® ONTARIO.”

The first tall ship we saw was Empire Sandy. This tall ship was originally built as a deep-sea tug in the UK in 1943. In the late 1970’s, she was transformed from a tug to the magnificent tall ship she is today. She was launched in 1982 right on Toronto’s waterfront, and is now Canada’s largest passenger sailing ship.

Walking along the waterfront, we saw Kajama cruising in the Toronto Harbour. This tall ship was built in Germany in 1930 as a cargo vessel. She sailed in the North Atlantic for three decades through western Europe, Norway, and Russia before being sold to a man in Denmark, who gave her the name “Kajama”. She’s been a permanent attraction on Toronto’s waterfront since 1999.

In the next stretch of our walk, six more magnificent tall ships greeted us. Their names and brief descriptions were provided where they docked. Each tall ship is a beauty with very interesting history. Feel free to read more about them and where they are going next on the Tall Ships Challenge web site. I grouped their images into a photo collage below.

The tall ships were open for deck tours. Most of them required tickets to board and tour, except the HMCS Oriole (HMCS stands for Her Majesty’s Canadian Ship). It was pretty cool to tour the Navy’s longest serving commissioned ship.

All in all, it was a fun family 5K walk on a nice summer day. We saw several beautiful tall ships, watched the crew members’ activities on their vessels, toured the HMCS Oriole, and learned about the tall ships’ interesting history. The combination of family, festivity, fitness, and fun made our Canada Day weekend a fabulous one. I gave this walk a five out of five!

ABOUT THE WELLNESS WEDNESDAY LINK-UP

Please feel free to join in today or on any of the remaining Wellness Wednesday link-up dates in 2019. Optional prompts are as follows:

Have you been to a Tall Ships event before? Any interest in tall ships and their history? What family wellness activity are you planning to do next? I’d love to hear your comments.

23 thoughts on “The Tall Ships”

This site uses Akismet to reduce spam. Learn how your comment data is processed. 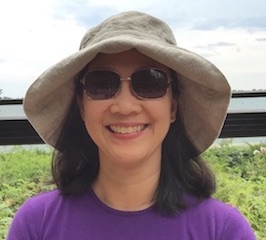 Your comments and blogging friendships are my awards. Thank you.

© 2016 – 2021 Natalie the Explorer, all rights reserved. All photographs and writing are my own unless otherwise noted. Unauthorized use and/or duplication of this material without my written permission is prohibited. Please contact me if you’d like to use my writing and photographs.